OK. So there I was at 3 in the morning singing

‘5 little ducks went swimming one day, over the hills and far away’

thinking “What am I doing here when I have a perfectly good hotel room less than 3 km away?” Oh yes, I’m racing and this will probably be the best one of my life! I might just have this.

But how did I get to this point? Just 16 weeks earlier as Roy left in the ambulance en-route to Ypres hospital emergency room with a dislocated knee-cap, the year could have taken a completely different turn. Thankfully, with some tlc, patience and some physio, we found ourselves in Italy on Bellaria beach nr Rimini for the start of the BIM24MTB. The countdown ended and we all travelled back to the race venue under police escort. 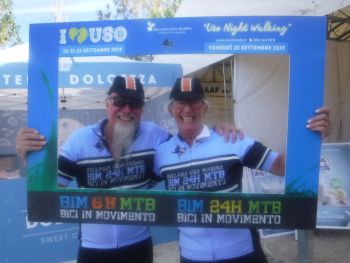 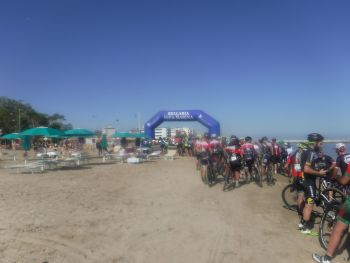 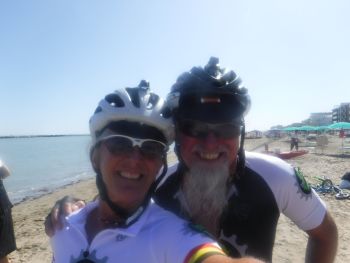 I wouldn’t say that the course was the most technical one to race on and, by using our fat bikes, we had chosen probably the worst bikes to ride (a gravel bike would be more suitable) but it would provide a real challenge to us reaching our goal of riding over 200 miles within 24 hours. With little over 15m climbing per 11km lap, there was no real place to free wheel, rest & recover. The short descents were also very bumpy so as the race went on, aching arms could be a problem. 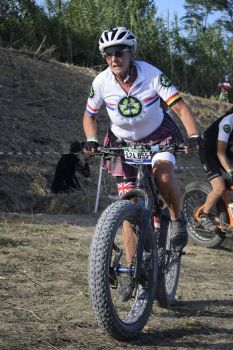 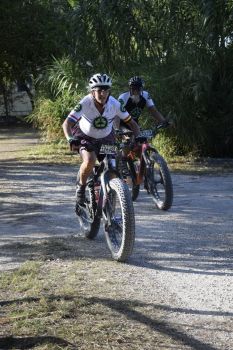 I had a pretty good pace going and our fuelling strategy seemed to be working. Hey what’s wrong in taking a beer 7 hours into a race?

The bike lights went on and, as the twilight faded into night, we were rewarded with the sight of San Marino shining through the darkness. More of the nocturnal wildlife started to venture onto the course. 1st it was the snails, slugs and frogs but soon it was the larger coypu (or nutria in Italy) that came out of the reeds that lined some of the course. We did check with the locals that we weren’t hallucinating & were assured that they are numerous in the river Uso which we were riding along. 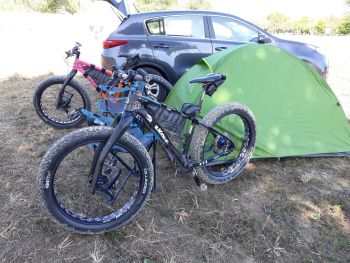 At 165km, Roy’s knee started hurting with every pedal stroke but I was buzzing. I was able to relax my shoulders to relieve my aching arms and was wide awake, life was good. With 180km banked, Roy decided he needed to rest his knee for the sake of the remainder of our holiday. We prepped our pit for me to continue and he got into the 20euro Decathlon tent that we had bought for the race and went to sleep. I set off alone and was rewarded with a 2 coypu sighting lap.

Although my GPS is supposed to have 25 hours of run time, I didn’t want to risk losing my data and proving my distance. I had attached a second unit onto the bars. Sure enough, in the depths of the night, it flashed up with only 15% left. I stopped it at 223km, switched to the other unit knowing that I only had to do another 100km to reach the magic 200 miles (323km). The other issue I faced was my Exposure light possibly running out. As it was a 12 hour night, and the light settings allowed me to track battery usage, I decided to swap my light with the one from Roy’s bike. My helmet light battery also needed to be changed. I have never been in this situation before during a 24 hour race. It was kind of odd.

My best wildlife encounter had to be when I disturbed an inquisitive porcupine that had walked onto the track. Its spines went up revealing its full glory before it shot back into the reeds. I wouldn’t have wanted to have any close contact and I don’t think any amount of sealant would have dealt with the holes in the tyre.

Roy appeared from his slumber briefly to hand me a sandwich, but he still wasn’t ready to start riding again and went back into the tent. It was around this time that I started to have a real problem with energy drink and gels. I started to feel quite odd and shaky. I stopped at the marshal point half way around the lap and guzzled some water. It seemed to do the trick.

Way off on the horizon, the daylight began with the sky turning crimson. Not a good sign but I knew there was light rain in the forecast. I was really struggling at this point and could easily have got off the bike, leant against a tree & gone to sleep. I was definitely in a place I had never been in before. I dug deep into my jar of mental strength and kept pedalling. My arms and legs ached and I had to find a new position on the saddle to be able to continue sitting down. This was all very new to me.

I had 4 laps left to do but the tank was empty. 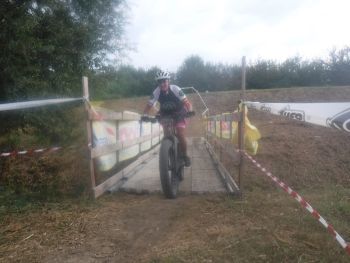 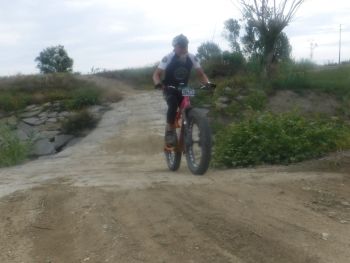 As I came into the pits, I was rewarded with Roy standing there looking as though he was ready to head back out. We discussed what I still needed to do and, as it was starting to drizzle, we headed back out. I wouldn’t let him draft me as I wanted my achievement to be all me but having him riding with me really raised my spirits. I counted down the laps and I got to the magic distance with just under 2 hours to go. I crossed the timing line knowing that I had got the distance I craved. To celebrate, we went and had a beer even though it was before 11 in the morning. According to Fabio, the bar tender, apparently Italians don’t drink beer until after 5pm but hey, it was 5pm somewhere, right! 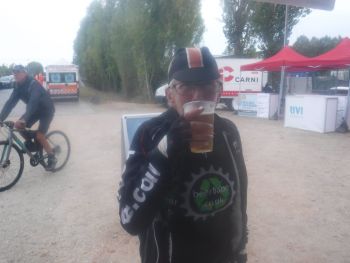 Something that happens with many of the foreign events which I really like is that each team will head out for the glory lap together. I put my tutu on and we headed out. There was no rush and we were even able to stop to take photos. We arrived into the arena and had to lurk until the clock signalled the end of the race after which Roy and I crossed the line together. What a way to celebrate 30 years of marriage! 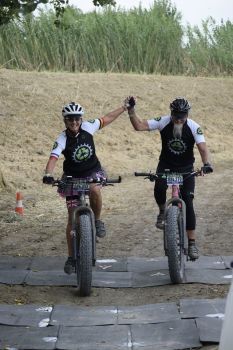 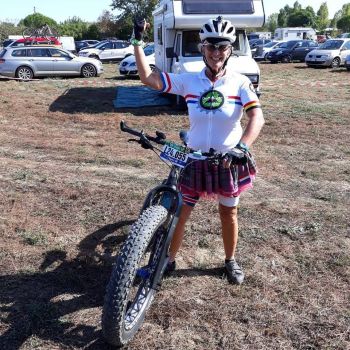 So now I am up for a new challenge which has already started. I think my next 24 hour solo race will be singlespeed and fat, or maybe 29+!

And all her 5 little ducks came back!

OK so what is it with the nursery rhyme? It was an earworm that was planted at breakfast on the 1st morning of our trip. A toddler was being entertained as we ate and yes it was ...’ 5 little ducks went swimming one day’. 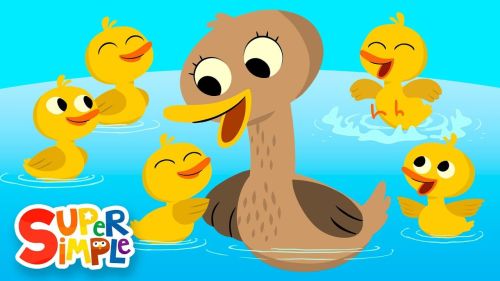 Maybe I should be grateful that it wasn’t ’99 Bottles of beer on the wall’!