This is the second in our live ‘date night’ blog series. This time the words are from guest blogger Roy McNeill aka beerbiker.

When in the West Flanders area of Belgium, all roads seem to lead to St Sixtus Abbey, Westvleteren. Whether by foot, bicycle or car, they certainly do for me. 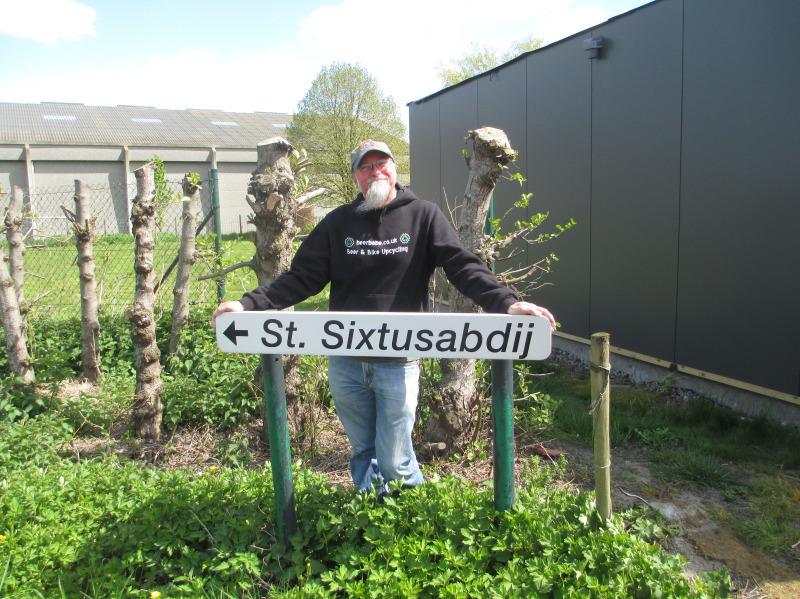 The actual address is Donkerstraat 12 – convenient as it is the home to Westvleteren 12, often voted ’Best Beer in the World’!

The Abbey has had a chequered past. In WW1, it was behind British lines & served as a refuge for up to 40,000 Allied troops at a time. In WW2, however, it obviously fell into German hands and several firing squad executions took place, the walls still bear the evidence! Thankfully the famous brewery survived although brewing was moved in 1946 to the nearby St Bernardus brewery in Watou. In 1992, the brewery moved back to the Abbey in Westvleteren where it continues today.

There are currently around 26 Cistercian monks residing at the Abbey with 5 of them running the brewery.

This evening’s menu consists of Westvleteren pate, hennepot and cheese with assorted pickles & mustard paired with the 3 beers brewed at the Abbey: blond, 8 and 12. 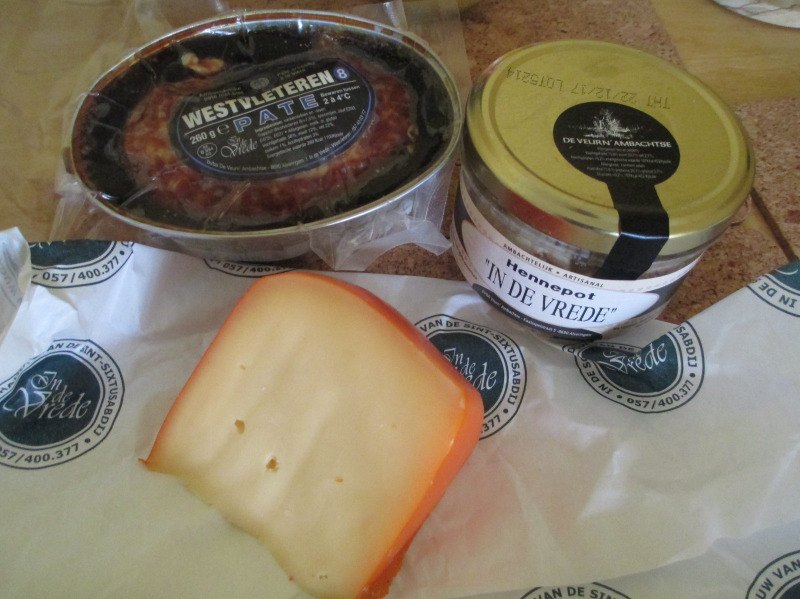 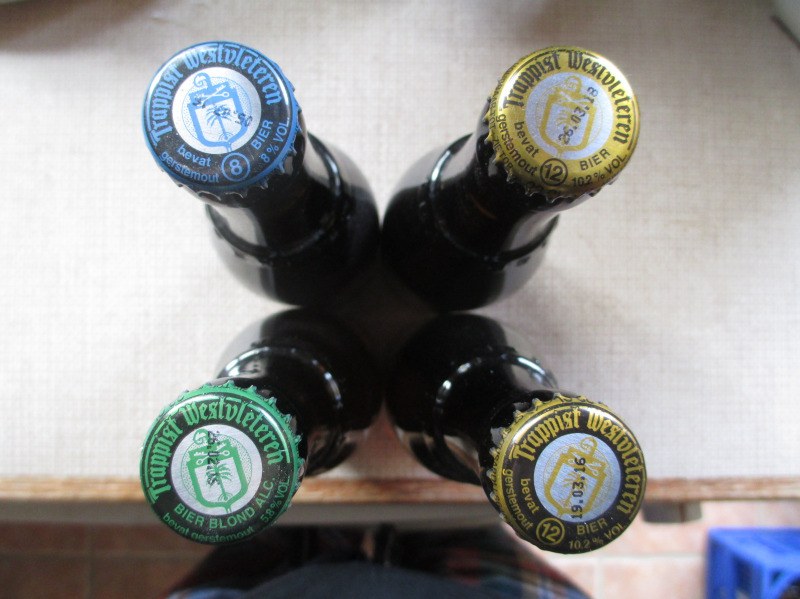 Our 1st beer, the blond (5.8%) is a hazy, straw coloured beer with a medium body and a moderate bitterness which comes with Belgian pale ale. It is the staple beer that the monks drink with their meals. This is a beer which should be drunk young. 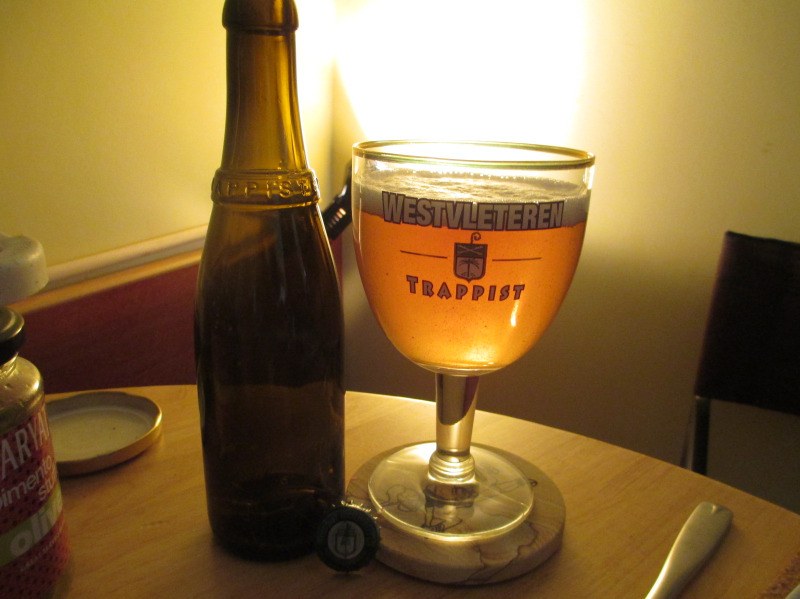 Beer number 2 – the 8: (8%) poured cloudy, but an excellent version of a Belgian dubbel. Full of dark fruits and roasted malts, it is a sweet tasting beer which has hints of sourness in the finish. 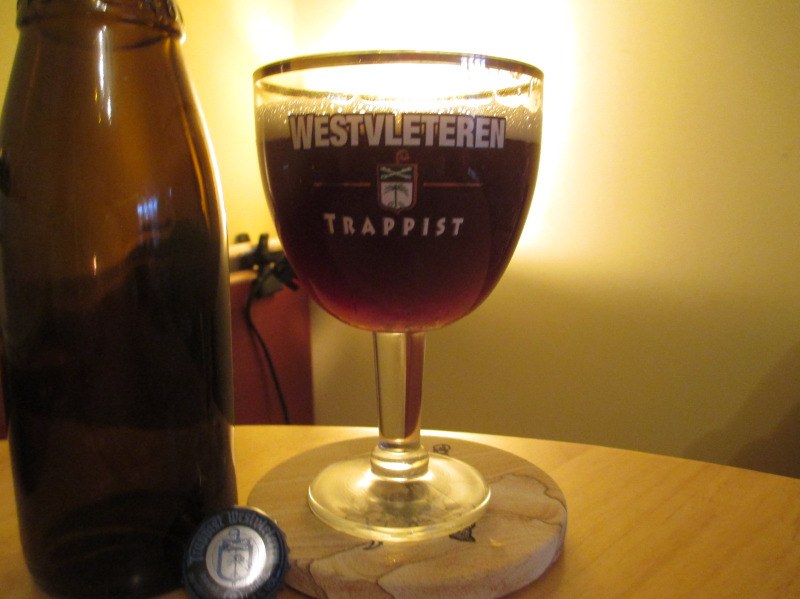 At this point I think I need to say a little bit about the availability of the beer. To buy from the Abbey there are all sorts of rules & regulations to prevent dealers from buying and reselling this rare and hard to come by beer. The Abbey website lists a phone number, times you can ring it & what beers are available on certain dates. Stocks are always limited and if you are lucky enough to get through, you can buy a maximum of 2 crates of 24 beers. These are highly prized as they come in a wooden crate. (You will have to pay a deposit for the bottles and the crates). Over the years I have only ever got through once on the phone and the only pick-up was the day before we were due to arrive! Bummer huh!

Beer number 3 – Westvleteren 12 (10.2%): a Belgian quadruple which has often been voted the ‘best beer in the world’! It is a truly exceptional beer full of dark fruit & sugar. 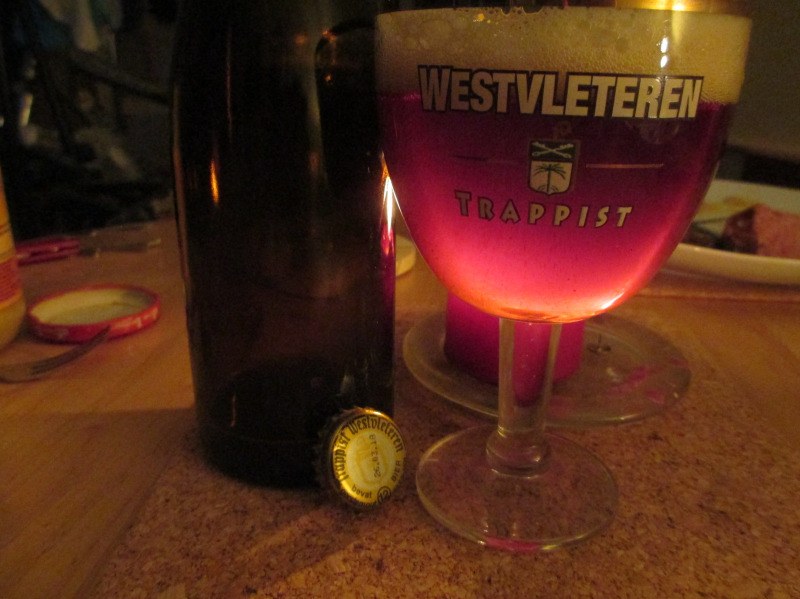 There is another way to buy the beer. Opposite the Abbey is the In De Vrede, effectively the brewery tap, where the beer is available to drink. They also serve a selection of savoury and sweet snacks which include the Trappiste pate, cheese, hennepot and ice creams. If you are very lucky, and the brewery has an excess of beer, you can buy 6 packs although what is available & how much you can buy is variable. There is always a limit of 2x 6 packs per person.

There are ways to improve your chances of getting your hands on the elusive packs, avoid weekends, arrive early (they open at 10am) or go for a late lunch. If you arrive & there is no beer available, chose a table near the bar & the shop and keep your eyes peeled through the patio windows for the fork lift truck travelling from the Abbey with pallets of beer. We did this, were second in line for the beer on our most recent visit & left with 4x 6 packs. Alternately, get to know the waiting staff & they will tip you off when the beer is about to go on sale! It helps that we’re regulars! Words of warning though, check the website carefully for the seasonal opening times. They also close for 3 weeks in September.

Having drunk a young Westy from our most recent trip, we’re now onto an aged bottle, over 2 years old.

*Aagh lots of carbonation as the cap comes off*! 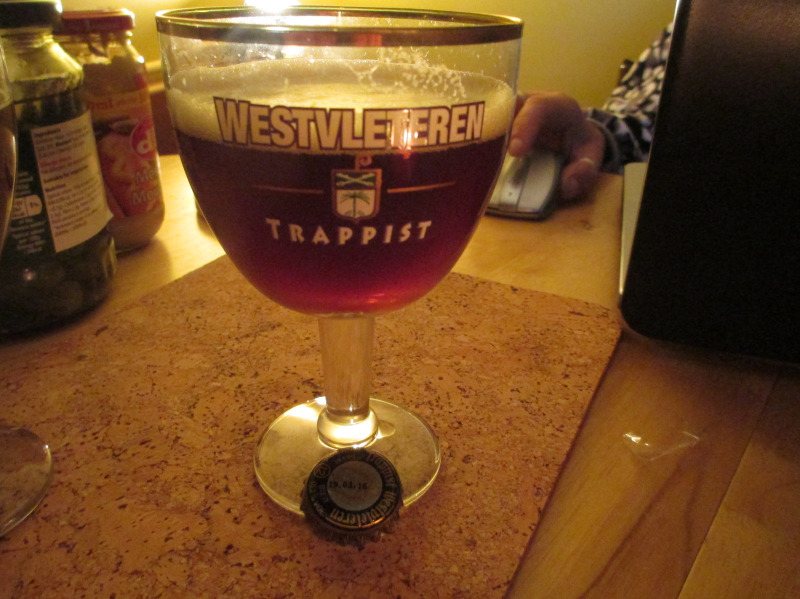 That’ll be the sediment stirred up then. Be prepared for this or you’ll be sucking it up off the table. Definitely smoother than the younger beer, it is full of plums & ripe fruit with a more pronounced alcohol taste. It has appeared to go flat quickly but there is still some carbonation in the beer.

Well that’s the beer covered, but what about the cycling?

It is a regular stop for cyclists on the Belgium cycle routes (see blog Cycle Tourism in Belgium).On our recent trip out to spectate on the Gent-Wevelgem race, it was also used a feed stop for the sportive the day before. While the majority of riders drank energy drink outside, a few dedicated souls were found inside drinking a 12 or 2, after all, beer is the best recovery drink – FACT! 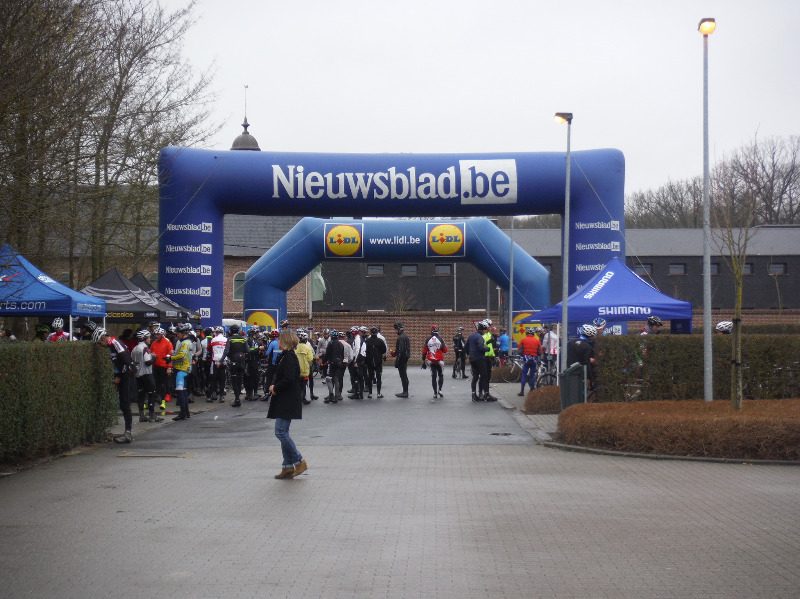